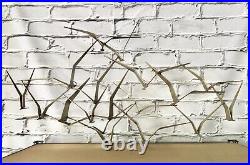 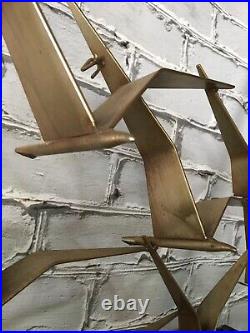 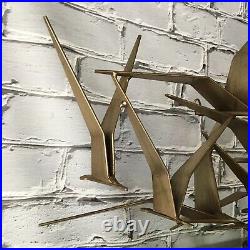 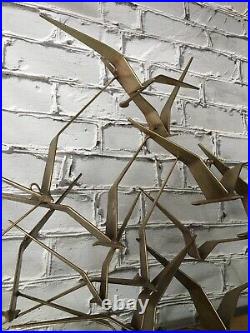 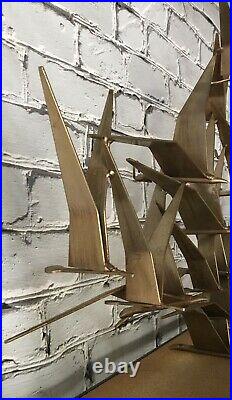 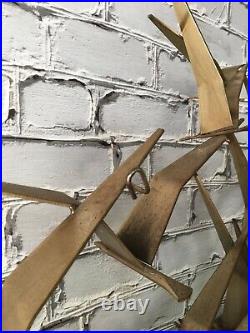 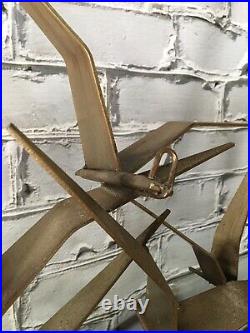 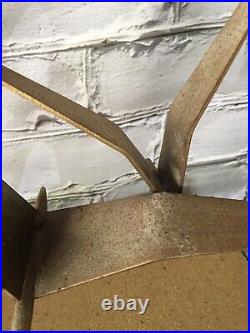 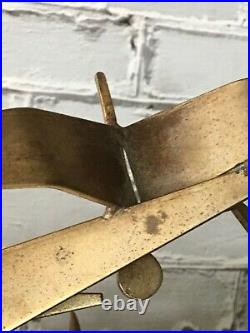 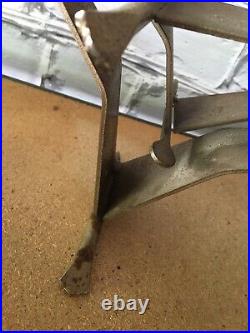 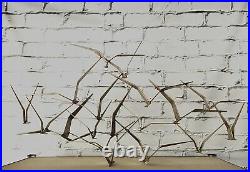 Very solid with no damage and ready to be hung. Might display even better with a little cleaning and/or proper polishing.

An original work made by the Curtis Jere Company and their foundry Artisan House. Jeré works are made and marketed by the corporation Artisan House.

Curtis Jere is the combined name of artists Curtis Freiler and Jerry Fels. The two founders combined pieces of their own names to create the C. Modernism magazine interviewed Jerry Fels shortly before his death in October 2008. According to the resulting article in the Spring 2007 issue of Modernism magazine page 116, the company was founded in 1963 by Fels and his brother-in-law Curtis (Kurt) Freiler. Freiler was the production chief and Fels was head of design.

Their goal was to produce "gallery-quality art for the masses". Writer Mitchell Owens wrote a two-page article on the history of C. Jeré for the November 2010 issue of Elle Decor. In it he states that "Today those pieces are attracting the admiration of leading dealers in vintage chic".

He goes on to say that after launching in 1964 Jere sculptures were "distributed by Raymor, a cutting edge studio in New York City, and retailed at Gump's in San Francisco and other high quality emporiums". Kurt Freiler died July 22, 2013 at the age of 103. The item "VTG Mid Century Curtis Jere Birds In Flight Brass Wall Art Sculpture Signed" is in sale since Tuesday, June 1, 2021.